Launch of a new manufacturing facility for powdered green tea

On March 30th, 2018, a grand celebration was held for the completion of Orita Bussan’s powdered green tea (Tencha) / oolong tea manufacturing facility. On that day, 80 officials associated with Kagoshima prefecture, Minami-Kyushu city, JA Minami Satsuma and others from the construction industry attended the celebration. After a ceremony to pray for safety, the launch ceremony was held, and the container for raw leaves started running, celebrated by the unanimous applause of all participants. After that, an educational tour of the facility was provided. Finally, everyone was led to another venue where a celebration took place.

In his speech, company president Mr. Nobuo Orita said, with strong conviction, “Matcha is trending overseas. I want to boost exports even further through this facility.” Five other people gave speeches during the celebration, and letters of gratitude were sent to the two contractors who had been involved in the construction of the facility.

This new factory is a steel-frame, single-story building with an area of 966㎡, and the processing power for one day is 2, 960kg/line, 200kg/hour. The plan is to transform into powder mainly the first and second tea leaves pickings, while the coarse tea from autumn and winter harvests will be used for tea bags and manufactured as oolong tea. Also, the clean rooms come with air showers. HACCP certification is scheduled to be attained in December.

Please pay attention to Minami-Kyushu, which is rapidly growing as a large production source of powdered green tea (the raw material from which matcha is made), as well as the activities of Orita-en. 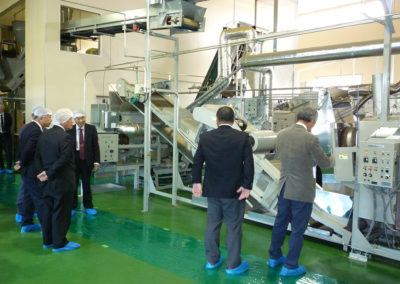 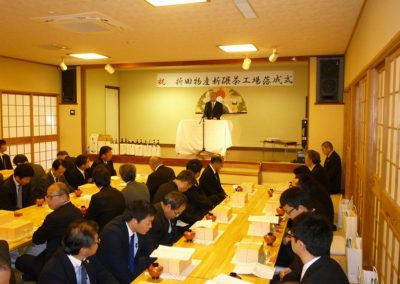 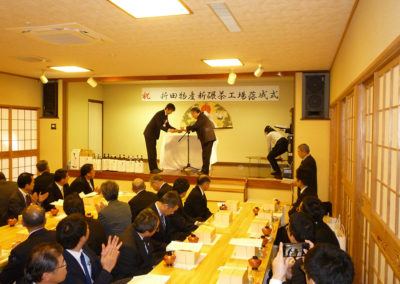 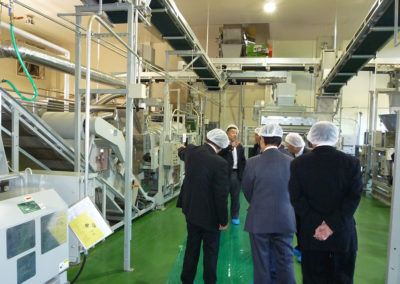 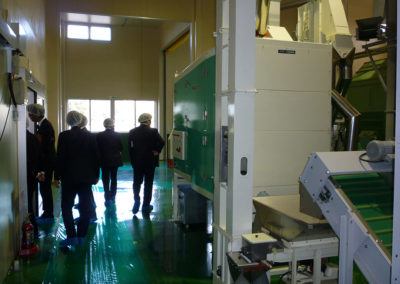 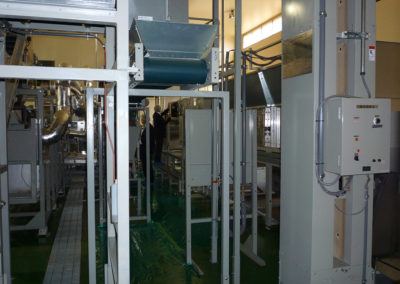 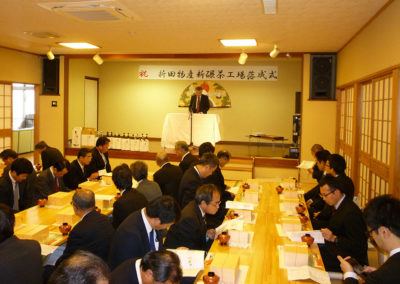 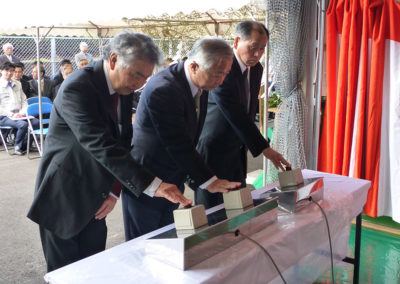