On Wednesday, March 28th, 2018, the First Tea Harvest Festival of Ei town, in Minami-Kyushu, was held at the Ono-dake Shrine. Mr. Junji Shimokubo, the Head of the Ei branch of the Minami-Kyushu Tea Industry Promotion Department, offered the first tea of the season at the Ei Stone Tea Monument. The tea had grown underneath the calm spring sun and was freshly picked by hand by the Youth Division of the Tea Industry. About 270 farmers and people working in the tea industry offered prayers for an abundant harvest and the safety of the farmers.

At the ceremony,  Mr. Shimokubo explained: “Last year’s cooldown dragged on, but this year the warmth has continued from the beginning. I’m looking forward to tasting tea even more delicious than what I’ve already tasted.”

After the ceremony, the Tea Industry Women’s Division held a performance underneath sakura trees in full bloom and everyone enjoyed themselves.

This year, harvesting of the first tea of the season in Ei area is forecast to begin on April 3rd. 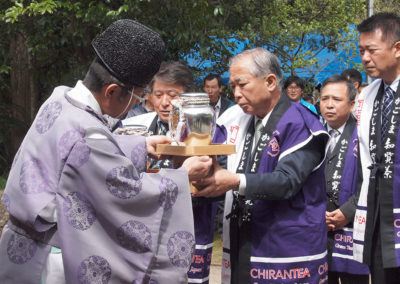 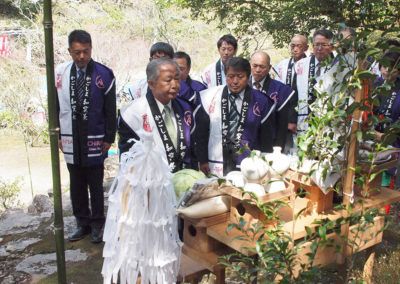 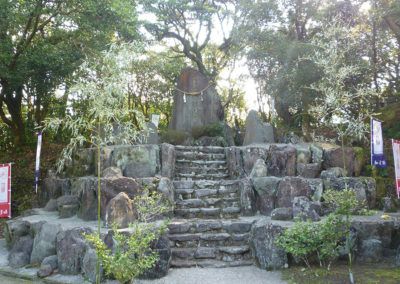 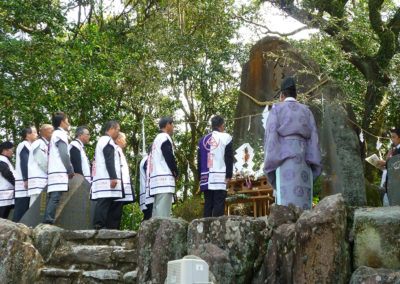 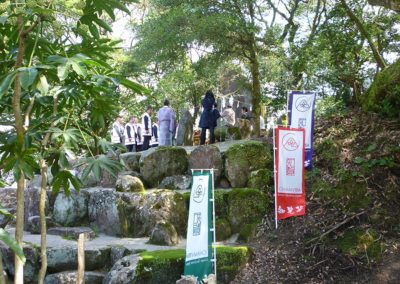 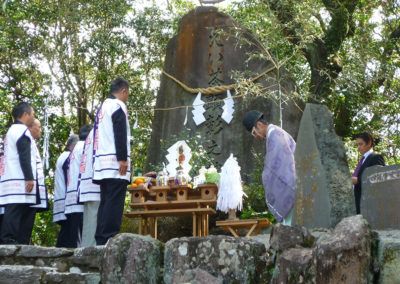 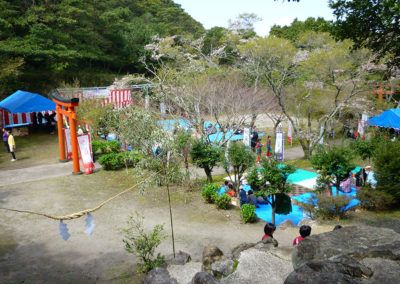 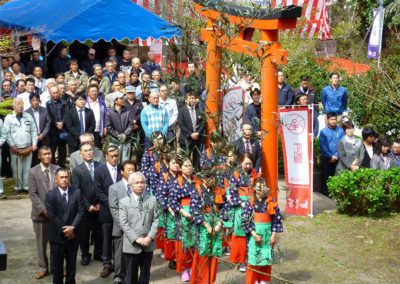 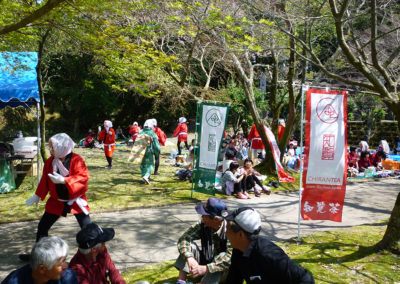 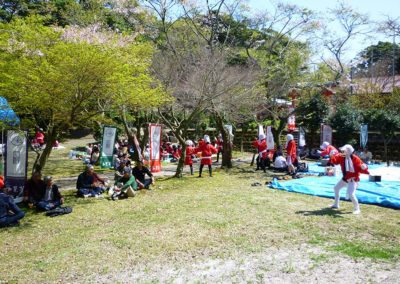 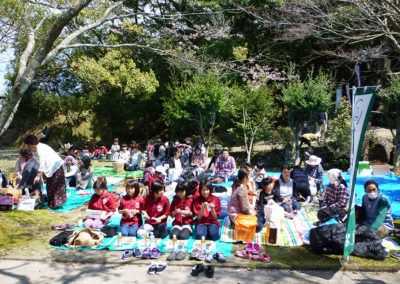 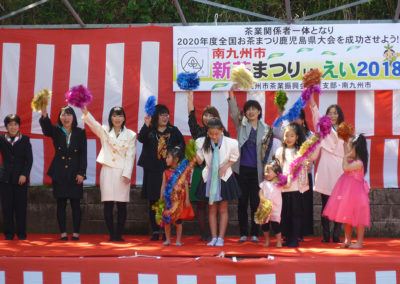 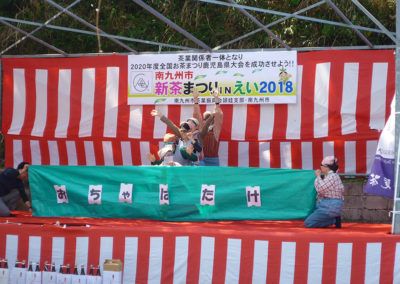 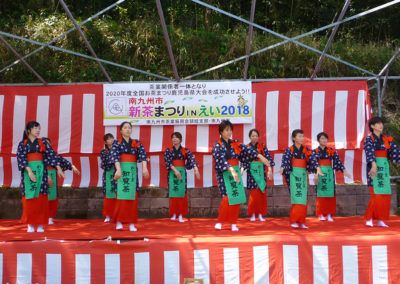 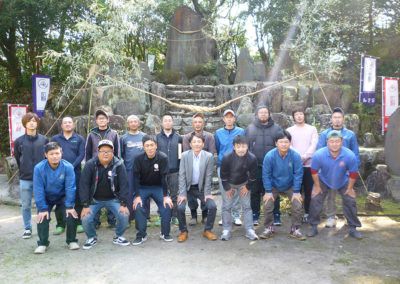 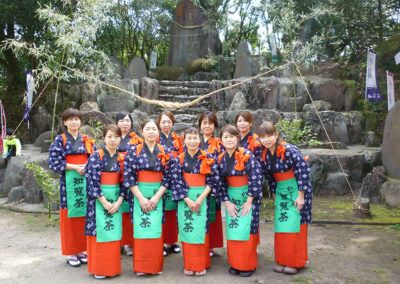