The purpose of this collaboration between Minami-Kyushu shincha and the city of Ibusuki is to introduce and sell shincha to tourists around Ibusuki station and various hotels during Golden Week. Minami-Kyushu shincha prides itself on being number one in terms of plantation area and unrefined tea production output among all the municipalities in Japan. As for Ibusuki, the city welcomes many domestic and international tourists.

Mr. Junji Shimokubo, Branch Manager at the Ei Branch of the Minami-kyushu Tea Business Promotion Association, explained: "Minami-Kyushu leads the country in the production of tea, and we want to deliver it to tourists by working together with Ibusuki, which is a city rich with tourism resources such as hot springs."

Preceding the presentation ceremony, approximately 40 trainees from abroad and new employees from various hotels and traditional inns participated in a training course that taught them how to brew delicious green tea and methods to best provide hospitality to tourists. 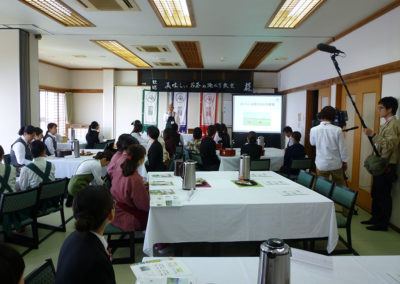 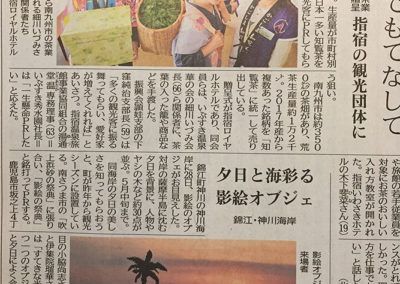 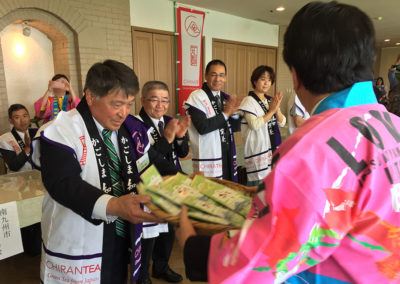 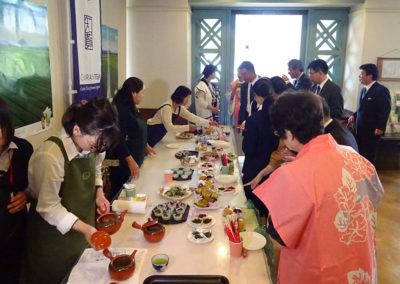 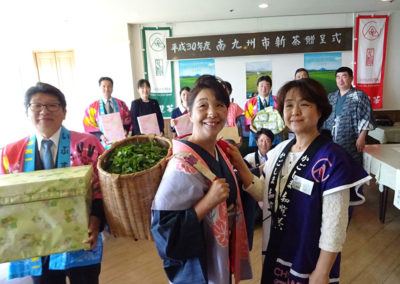 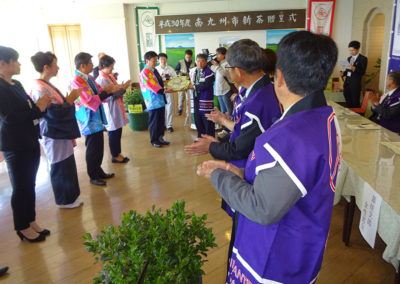