The first harvest of ‘Chiran Tea’ is well known as being the earliest in Japan because we produce it from the beginning of April thanks to the warm climate of our southern area.

The new shoots are picked in large tea fields surrounded by a rich nature, underneath sunshine. Therefore, they have a fresh fragrance and a good taste. Last year, the first harvest was very late, due to a long and cold winter. On the other hand, the harvest of this year started earlier than usual, thanks to warm temperatures.

This year’s new tea is of good quality and has a beautiful color, so we expect the new tea to be delicious. The first tea of the year will be produced until the beginning of May. It will be sold on wholesale markets in Kagoshima pref. and Shizuoka pref.

This year, the yield in Minami-Kyushu City is predicted to reach 3,700t. 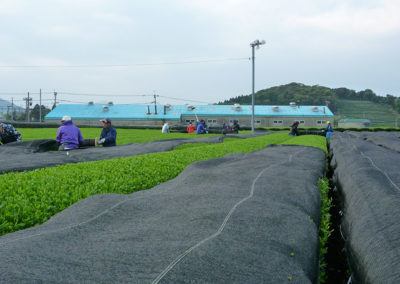 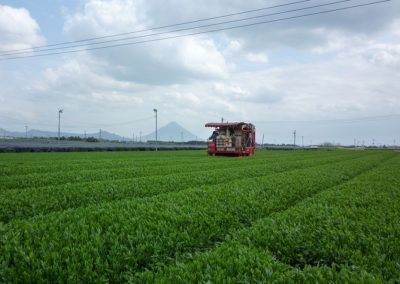 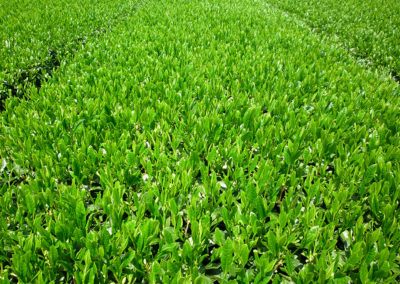