Aspiring to Become a Distinctive Area of Production

Prior to the meeting, Masayoshi GOTO, the president of Chiran Tea Association, gave an address: “This year will be our second year after merging the brands into Chiran Tea. The All Japan Tea Festival-Kagoshima will be held in our city in two years, in 2020. Taking the lead in the tea industry, we need to be united as tea producers to develop the tea industry and make efforts in advancing the brand power of Chiran Tea.”

Later, discussions took place over three resolutions such as reports of business progress as well as approving the settlement of accounts for FY2017. All were approved.

As mentioned in the president’s address, in this fiscal year, we will aspire to firmly establish the Chiran Tea brand and encourage tea growers to have an eager share in the tea fair by cooperating with relevant organizations, as it was decided that the All Japan Tea Festival will be held in Minami-Kyushu in 2020. 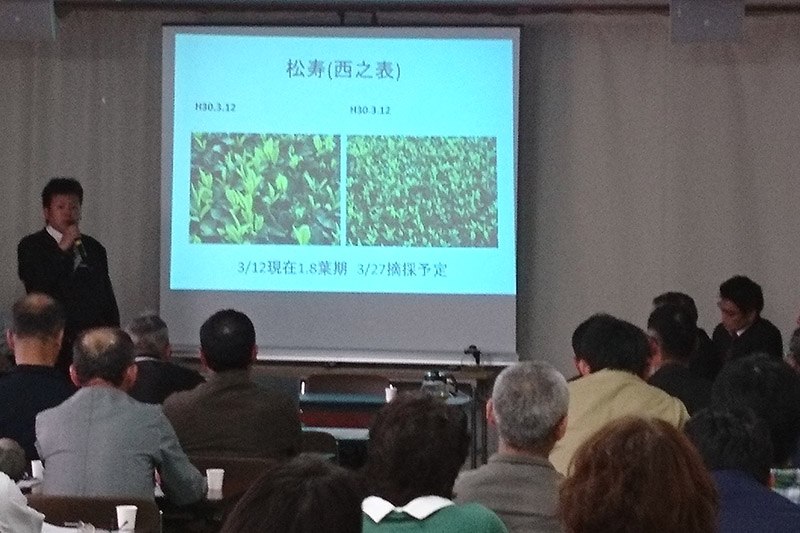